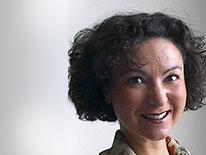 Unanimously appointed by the Board of Directors in December 2012, Mila Kofman is a nationally recognized expert on private health insurance markets and state and federal regulation, including the Affordable Care Act (ACA), the Health Insurance Portability and Accountability Act (HIPAA), and the Employee Retirement Income Security Act (ERISA). She has a record of successfully implementing federal and state health insurance reforms and building, revamping, and leading governmental and nongovernmental organizations.

As DCHBX’s first employee, Kofman successfully built the organization that now has 101 employees, with a $30+million dollar annual budget. In the start-up phase, she led procurement of more than $113 million in federal grants.  She established strong stakeholder relationships with health plans, providers, consumer and patient advocates, brokers, and the business community and successfully developed policies through consensus. Kofman has led policy and legislative initiatives and secured passage of legislation with unanimous support from the legislature and the Executive.  She successfully guided the IT development of a State Based Marketplace IT system for which there was no blueprint.  Although DC was the last state to begin building its IT system, it was 1 of only 4 to open for business on time and stay open on October 1, 2013.  Since 2013, DC’s uninsured rate has been cut by half with more than 96% of residents now having health coverage.

Kofman has successfully led DCHBX from “start-up” to “on-going,” achieving greater efficiencies, cutting expenses, and lowering its assessment on health carriers from 1.0% to .9% (of premium).  Under Kofman’s leadership, DCHBX has been recognized for outreach and communications by PR News and by the Obama White House.  And the marketplace is ranked number one among all public marketplaces for consumer decision support tools (2017 and 2018).

Under Kofman’s leadership, DCHBX was also recognized by Amazon Web Services (AWS) for Best Practices in Innovation (2016 and 2018) for the on-line technology, which is open-source cloud-based and agile.  In 2017, the Massachusetts Health Connector for Business chose DCHBX to replace its technology, entering into a first-in-the-nation state based marketplace partnership to share operational and technology costs and development.

Prior to her appointment, Kofman was on the faculty of the Georgetown University Health Policy Institute as Research Professor and Project Director, where she advised state and federal officials on ACA implementation.  She was also one of the co-founders of the Center on Health Insurance Reforms (CHIR).  From March 2008 to May 2011, Kofman served as the Superintendent of Insurance in Maine.  She was the first woman to serve as the Superintendent of Insurance in Maine, and while confirmed by a party-line vote of the legislature in 2008, she was unanimously reconfirmed in 2010.

As Superintendent of Insurance in Maine, Kofman was recognized by the White House for improving transparency and government accountability, her work serving as a model in other states.   She served on the Governor’s Steering Committee on health reform implementation in 2010 and held key leadership positions at the National Association of Insurance Commissioners including the NAIC Executive Committee and chair of the Health Insurance Regulatory Framework Taskforce, responsible for drafting ACA changes to existing NAIC models.

From 2001 to 2008, Kofman was Associate Research Professor and Project Director at the Georgetown Health Policy Institute where she studied private insurance market reforms and regulation.  Kofman published more than 30 articles in peer reviewed publications.  She led ground-breaking research on association health plans, which continues to be used widely.  She has testified before the U.S. Senate, the U.S. House of Representatives and state legislatures. Kofman served on NAIC Consumer Participation Board of Trustees for six years and was co-editor for the Journal of Insurance Regulation.  From 1997-2001, Kofman was a federal regulator at the U.S. Department of Labor, working on ERISA, and implementing HIPAA and related health reforms.

Kofman was named by the Washington Business Journal as one of 100 most powerful Washingtonians (2013).   She has appeared on NPR, CNN, ABC News, CBS Evening News, and NBC Dateline and has been quoted in all national and many local news outlets, and trade press.  She has provided advice to Senators, Members of Congress, Governors, Mayors, and other elected officials.