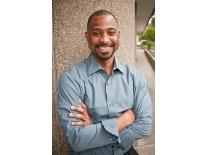 Khalid Pitts is the National Political Director for the Sierra Club. In this capacity Mr. Pitts is responsible for directing the Sierra Club’s national political program and electoral campaigns. Prior to joining the Sierra Club, he was the Director of Strategic Campaigns for the Service Employees International Union (SEIU), coordinating the organization’s national issue campaign efforts around issues such as Civil Rights and Voting Rights, Social Security, Children’s Health (SCHIP) and Medicaid. In addition, he played a principle role for the SEIU as it worked to pass the Affordable Care Act helping found and serve as Co-Chair of the Executive Board of Health Care for America Now (HCAN) – the national coalition representing 30 million people formed to promote, defend, implement, and improve the Affordable Care Act (ACA) at the state and federal levels.

In addition to his role at the Sierra Club, Mr. Pitts serves as a strategic advisor and Executive Board member of several organizations. Chief among them is his role as President and Board Chair of USAction - a grassroots organization fighting for justice through affordable health care, high quality public education, strong environmental policies, fair taxation, and preserving vital public services.

Before joining the Sierra Club, he served has the Virginia State Director for Congressman Dick Gephardt's 2004 Presidential Campaign. Prior to that Mr. Pitts was the State Director for the Coalition to Stop Gun Violence and its sister organization, the Education Fund to Stop Gun Violence. There he guided the organization’s state legislative department as well as managed their political campaigns. He has a deep history of working on the issue of healthcare as it relates to the District of Columbia, having served as a Senior Health Analyst at the District’s Central Detention Facility and a researcher on several National Institutes of Health studies in the District.

Besides Board representation at organizations such as USAction and HCAN he has close affiliations with a number of national advocacy groups, including Executive Committee Co-Chair of Americans United for Change and a board member of the Coalition for Human Needs.

In addition, Mr. Pitts is a national lecturer on the subject of violence prevention. His publications include the book Building Violence: How America’s Rush to Incarcerate Increases Violence and the article Medical Care Solicitation by Criminals with Gunshot Wound Injuries, published in the Journal of Trauma. Mr. Pitts earned his undergraduate degree in history from The College of The Holy Cross in Worcester, Massachusetts and has a Master’s in Public Health from the George Washington School of Medicine.